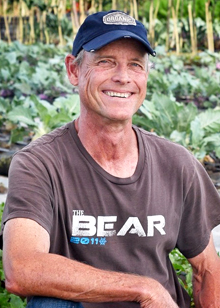 Erik Cutter is Managing Director of Alegría Fresh, headquartered in Laguna Beach, CA. Alegría Fresh is a zero-waste, regenerative urban microfarm employing organic soil-based growing systems. Erik is also Founder of the Alegría Farmacy, an integrated carbon neutral food production system designed to grow superior produce anywhere, anytime. Erik has over 35 years experience growing ultra nutrient-rich produce using regenerative organic techniques and is a leading pioneer in developing cost effective growing systems that can be deployed over man-made surfaces close to where people live and work. See www.AlegriaFarmacy.com and www.SoxxBoxx.com. He has a background in biochemistry and oncology, and possesses a lifelong passion for creating haute cuisine using the finest ingredients, most of which he grows himself.

Erik’s mission is to increase adaptability and resilience and combat auto-immune disorders by creating greater awareness of the numerous health benefits of consuming fresh, regenerative organic food. The company’s goals include connecting individuals with where their food comes from and how it should be grown in living soil to optimize microbiome health, influencing positive change in resource management, teaching healthy eating habits, promoting entrepreneurship programs and creating green jobs in urban agriculture. Erik’s interests include photography, marketing, design and engineering, cooking, and all outdoor activities including camping, trekking, volleyball and skiing. He is constantly scouring the web for information on health-related topics and enjoys teaching those around him how to feel better and create more balance in their lives. Erik takes full advantage of all the wonderful opportunities we have at our fingertips to maintain a healthy mind, body and spirit. It has been said that his closest friends are tired of hearing, “and it’s really good for you!”.

“Time is our greatest gift. How we use it determines who we are and how we will be remembered.” – Erik Cutter 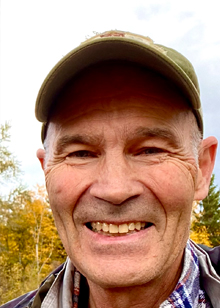 Dennis Brosten is the co-owner of Crop Lab consulting which has operated in the Flathead Valley since 1992.  Dennis originally moved to the valley to assist local growers that produced more than $6 million worth of peppermint oil each year.  His wife, Brenda, is also a Plant Pathologist and worked on the mint project as well.

Dennis’ first experience in horticulture began in 1969 at a wholesale nursery which grew trees and shrubs in Helena, Montana.  After getting an M.S. in Plant Pathology at MSU, he worked in agricultural research and journalism until 1991.  He is the author of more than 68 technical articles on agricultural science.  His articles have appeared in California Farmer, Farm Journal, Agrichemical Age, and other agricultural publications. 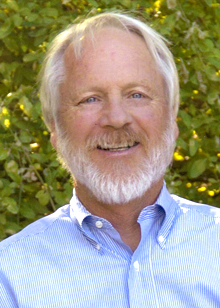 Since 2002, Joe Collet has served as Chairman of the Board, COO and Secretary of Window Peak Trace Minerals in Panaca, Nevada.  Our company enjoys a uniqueness in both geological and biological formation, defining an impressive range of biodiverse minerals called Montmorrillonite, that have attracted sophisticated customers including scientists, doctors (representing many fields including MDs, DOs, dentists, PhDs, Veterinarians, Chiropractors, etc.), as well as beauticians, holistic practitioners, pedigree horse fanciers, and cowboys.

Two hobby passions are comparative religion and studies in Myrmecology and Herpetology.  For his own entertainment (and to a certain extent for the education of others), Joe has written dozens of presentations, pamphlets (and unfinished books) exploring interesting facets of curiosity in all three fields.

Joe is very blessed and happy being a grandfather to eight grandchildren. 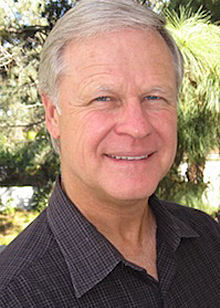 Craig M. Kolodge, Ph.D., is the former academic advisor, field plant pathologist and county director for the University of California Cooperative Extension (UCCE) in Santa Clara county. He also served as the superintendent of the UC Bay Area Research and Extension Center (BAREC) and was instrumental in developing the City of San Jose’s green waste utilization program focused on re-purposing recycled organics to deliver agricultural and ecosystem benefits. Dr. Kolodge served as statewide chairman of the U.C. Small Farm Workgroup and was a member of the UC Sustainable Agriculture Workgroup where he promoted the principles of regenerative agriculture and soil health.

He currently serves on the Board of Directors for California’s Association of Compost Producers (ACP) and is the Business Development and Sustainability Manager for San Pasqual Valley Soils located in San Diego county. He is a Certified Professional in Erosion and Sediment Control (CPESC) and a Trainer of Record (ToR) for California’s Storm Water Industrial General Permit. He resides in San Diego county and travels throughout southern California demonstrating and teaching the practical application of compost-based Sustainable Management Practices (SMP’s) including urban regenerative agriculture, storm water management, post-wildfire damage mitigation and land conservation/restoration. 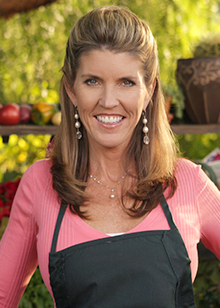 Kathy Kellogg Johnson has been referred to as the “First Lady of Compost” by the President of the U.S. Composting Council. She currently serves as Chairman of the Board for Kellogg Garden Products, entering its 95th year of continuous family ownership and operation. Kathy and her brother Hap represent the third generation of this family-owned enterprise.

For three decades, Kathy has been a leader in the compost industry. Spotting a disconnect among business, cities, and county governments who were all striving toward the same goal of standardizing and implementing unified composting definitions and practices, she brought them together to meet regularly. This forged a pathway for the industry by forming the Association of Compost Producers (ACP), the California State Chapter of the USCC.

As Chief Sustainability Officer at Kellogg, Kathy initiated a comprehensive study of the company’s carbon footprint, long before this concept had gained traction in business practices. Seven years of research and independent verification confirmed that Kellogg is a “zero-waste” company — 99.995% of everything entering a Kellogg facility leaves as a product. An independent team of scientists, calculated Kellogg’s annual carbon footprint at negative 500,000 tons of CO2e.

Kathy is a world leader in “soil as medicine.” Depletion of our country’s soil has placed the health of our food and families in jeopardy; the use of fungicides, agricultural chemicals, and neurotoxic pesticides in food production has become suspect in the decline of the bee population, and in the rise of cancer, autism, Parkinsons, Alzheimer’s, and many other neurological diseases. These chemicals are waging war against our soil and our society.

Kathy’s mission and focus is to restore the soil of the United States, both in backyards and farmland, by utilizing the organic materials readily available to us as soil conditioners and fertilizers. 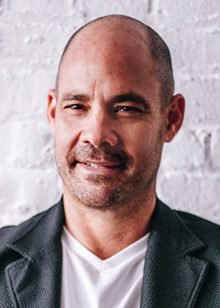 Erik Oberholtzer is the co-founder of Tender Greens, a pioneering fine casual brand founded in Los Angeles, CA in 2006 with a mission to democratize good food. A vision of the future he continues to drive as a Food Forever Champion on global biodiversity for the Crop Trust with whom he cooks globally alongside the world’s leading chefs. He joined the Rodale Institute’s board in 2019 to help drive awareness around soil health, regenerative organic agriculture and food as medicine. In 2009, he founded The Sustainable Life Program, a six month paid culinary internship program with a mission to provide a path forward for foster youth. Many of the students now hold leadership positions at Tender Greens, serving as beacons of success and inspiration to those at the edge of society.